THE ECCL IS CELEBRATING!

10 years after its reopening

Formerly known as the Conference Centre Kirchberg (CCK), the ECCL was designed to host since 1967 the EU Council of Ministers' sessions in April, June and October, and major international events in Luxembourg.

In view of the successive enlargements of the European Union, the building has been the subject of in-depth analyses and studies aimed at bringing the existing rooms up to standard, and constructing new infrastructures adapted for the Council of Ministers, but also to offer state-of-the-art facilities to its visitors from all over the world and thus become your Congress Centre in Luxembourg .

The upgrading work was carried out in several successive phases: 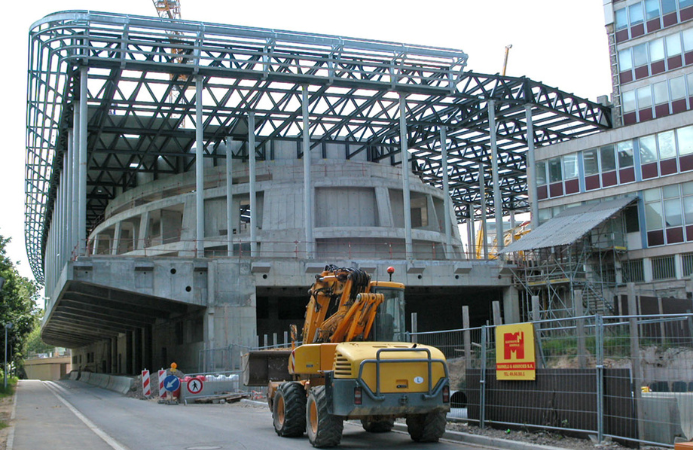 1998: Presentation of the New Conference Centre

2001 - 2007: Completion of the first phase of extension resulting in the construction of Plenary 1 with the two Workshop rooms

2007 - 2011: Works on the second phase of the extension resulting in the construction of Plenary 2 and the press centre consisting of Room C, the press working room and the 30 briefing rooms

2012: Reopening and first Council of Ministers in April 2012

The Conference Centre has been designed to meet the needs of its users, namely those of the Council of Ministers and Luxembourg Congrès, by offering them a sober and modern architecture linking the old and new functions of the building: lots of natural light through its 300-metre-long glass façade, wood and light marble in various shades ranging from grey to mauve.

<strong> A quick look back over the last 10 years:</strong>

In addition to hosting the European Union's Council of Ministers in April, May and June, your Center has had the honour of hosting major international events such as 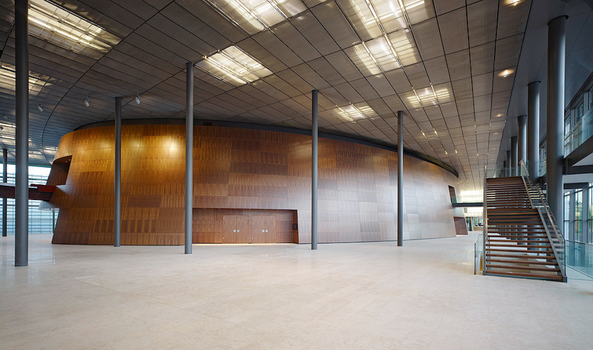 2019 : 63rd Congress of the UIA (International Association of Lawyers)

2015: Luxembourg Presidency of the Council of the European Union

Struck by Covid, your Convention Center has been able to bounce back and offer you virtual solutions with its studio, hybrid or face-to-face in its various modern and equipped spaces.

Our goal, to be at your side for all your projects since 10 years!